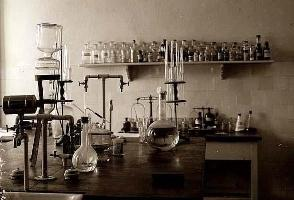 The company has been synonymous with quality laboratory installations for many years, originally being founded by the late Alfred Robert Hoare in 1928. Since that time it has evolved and developed through three generations of the Hoare family into one of the market leaders in the UK.

Alfred was trained as a plumber and having achieved the status of Master Plumber went on to form the company A.R. Hoare in 1928. The company traded as plumbers and lead burners (skills Alfred had acquired during his apprenticeship) and operated from Dulwich in South East London.

As one of the only listed lead burners around Alfred was never short of work, installing and plumbing-in laboratories. As time went on he worked for most of the leading laboratory companies in Britain, adding to his knowledge and understanding of the business.

Following the Second World War there were significant changes to the materials used in laboratory installations (eg pipework, taps, benching).

The company was quick to respond to these changes and with the Hoare name growing in stature it began to supplement its skills in plastic waste drainage systems and fume extraction systems, enabling it to supply and install the whole range of laboratory furniture and equipment.

In the early 1950s Alfred’s only son Tony joined the company. At that time there were very few fume extract sytems but these, and fume cupboards, soon became his speciality. PVC was coming into vogue which, together with the new glass fibres available, meant the company was able to offer a complete laboratory installation service using all the latest materials. Around the same time the company started to manufacture fume-cupboards in-house and furniture was manufactured to Hoare specifications by other companies.

By 1960 the company had moved on significantly and now had the skills to weld plastic in sheet form, which opened up a number of opportunities as this process was used in a wide variety of applications including troughs, tanks and bench tops. Hoare gained work within the schools sector and was subsequently invited to work at a number of leading university centres, a number of which the company still has contracts with today.

In 1965 Alfred retired and Tony took over the running of the business. In the late 1960s the company concentrated its efforts on working with fibreglass and PVC to further improve extraction systems for fume cupboards. Following the introduction of the Health & Safety at Work Act in 1974 Tony’s expertise was called upon to help establish the fume cupboard standards for the industry and he made a significant contribution to Part 2 of the new BS7258 standard. 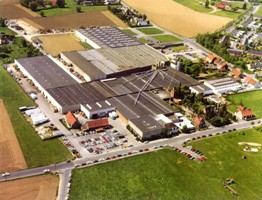 In the early 1980s the company developed it’s own range of laboratory furniture and soon the company was employing designers to work alongside the plastic fabricators, glass fibre moulders, plumbers and electricians. Tony’s eldest son Mark joined the business in this period, soon followed by brothers Andy, Graham and Nick.

In the mid eighties the company had a change of direction. Market conditions had changed and as a consequence Hoare ceased production of its own furniture and teamed up with Holland’s leading laboratory furniture manufacturer. It also took the opportunity to relocate premises to Kent, and changed its name to Hoare Laboratory Engineering Limited.

In 1997 Hoare Laboratory Engineering partnered with POTTEAU labo, one of Europe’s leading laboratory furniture and fume cupboard suppliers, enabling it to offer even greater product flexibility and competitive pricing.

And that is where the company is today, run by Alfred’s grandsons who continue to develop and improve the company their grandfather started all those years ago!